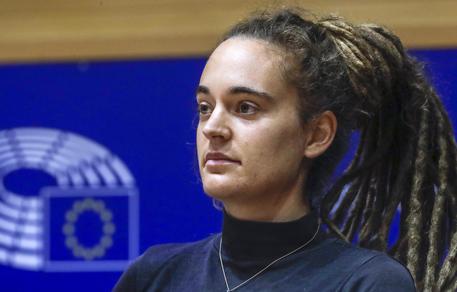 (ANSA) - Brussels, October 3 - Sea Watch Commander Carola Rackete told a European Parliament hearing on Thursday that Italian legislation seeking to discourage migrant rescues at sea by NGO-run ships is against international law.
Under a decree drafted earlier this year by League leader and former interior minister Matteo Salvini, commanders of ships carrying rescued migrants that enter Italian waters without permission can face fines of up to one million euros. "Search-and-rescue operations at sea are within the realm of international law," said Rackete, who defied a ban in order to land 40 migrants on the island of Lampedusa in June after a long standoff with the Italian authorities.
"I don't know how Italy could have approved a law that does not respect international law". Salvini pulled the plug on Premier Giuseppe Conte's first government in August and the new executive that has replaced it has dropped the League leader's hardline stance of refusing NGO-run rescue ships access to Italy's ports. Rackete, a 31-year-old from Germany, lamented the fact that she did not have support from the European Union during the standoff with Rome. "I obtained the attention of the institutions, but where were you when we asked for help?" she said.
"My decision to enter the port after 17 days at sea was not a provocation, it was necessary.
"I was received as if I was driving a ship carrying the pest rather than a humanitarian ship with vulnerable, exhausted people on board".