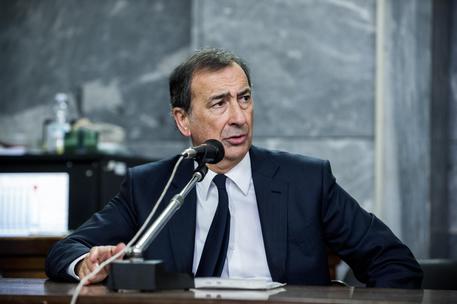 (ANSA) - Milan, July 5 - Milan Mayor Giuseppe Sala on Friday got six months in jail, commuted into a 45,000 euro fine, for alleged false statements over the 2015 Universal Expo in the northern Italian city.
"I assure the Milanese that I will remain mayor for the remaining two years of my term," said Sala after the verdict.
"This sentence will not have any effect on my abilities as Milan mayor".
Deputy Premier and nationalist League party leader Matteo Salvini said "I'm not rejoicing at the sentence, and I'm proud of the Expo".
Milan prosecutors had asked for a jail term of 13 months for Sala in a case of alleged graft regarding the Service Platform for the Milan Expo.
Sala was charged with false statements and breaching norms including Italy's tenders code, prosecutors said.
They said he did do by directly assigning a contract to supply 6,000 trees to Mantovani SpA firm without holding a public tender.
Sala's lawyer Salvatore Scuto said Sala should be acquitted by the preliminary hearings judge because he did nothing wrong and the prosecutors are "out of touch with reality".