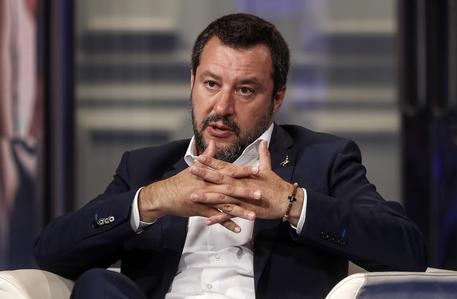 (ANSA) - Rome, May 28 - Deputy Premier and Interior Minister Matteo Salvini said Tuesday that his League party is proposing a flat tax that would require 30 billion euros of budget coverage.
"Thirty billion euros, this is the proposal studied by the League's economist, documented cent by cent, that we are ready to take to the cabinet and parliament," Salvini said on Facebook.
He said the proposal would bring down taxes for companies and families earning up to 50,000 euros a year. Boosted by the League's victory in the European elections, Salvini is pressing hard for Premier Giuseppe Conte's party to accelerate with a pledge to bring in a two-tier flax tax and to approve a new decree of security measures. The League's Senate whip Massimiliano Romeo, meanwhile, said Tuesday that Transport Undersecretary Edoardo Rixi would not be ousted even if he is convicted in a case regarding expenses by parties in the Ligurian regional assembly.
Conte recently sacked another undersecretary and League member who is under investigation in a corruption probe, Armando Siri, following intense pressure from the other partner in the coalition government, the 5-Star Movement (M5S).