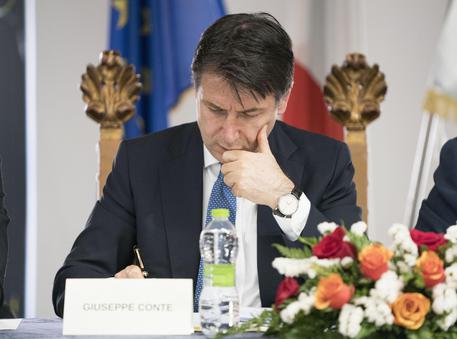 (ANSA) - Rome, May 21 - Approval of a new security-and-migration decree drafted by Deputy Premier, Interior Minister and League leader Matteo Salvini leader has been postponed after a tense cabinet meeting lasting around three hours on Monday, sources said on Tuesday.
A package prepared by the League's coalition partners in the 5-Star Movement (M5S) to provide around one billion euros in addition support to families was also delayed, according to the sources.
Premier Giuseppe Conte is said to have clashed with Salvini during the meeting.
The premier presented some doubts raised by the office of President Sergio Mattarella about the Salvini's package, which aims to build on a security-and-migration package passed last year, according to the sources.
League sources said another cabinet meeting will take place this week to approve a revised version of the new security decree. Tension is high within the government ahead of the European elections following weeks of high-voltage rows between the League and the M5S.