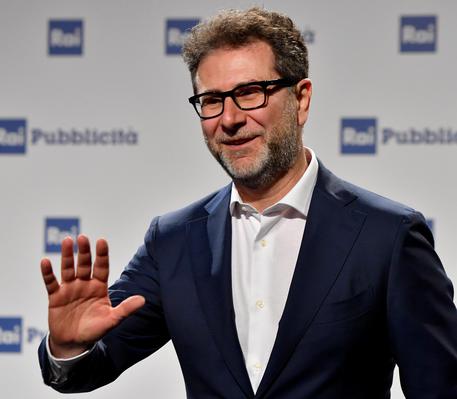 (ANSA) - Rome, May 13 - State broadcaster RAI's decision to close the season of TV talk show host Fabio Fazio's 'Che Fuori Tempo Che Fa' programme three episodes early caused controversy on Monday, with Democratic Party (PD) leader Nicola Zingaretti calling it "censorship against freedom of expression" in a post on Facebook.
RAI1 said the decision had to do with normal changes to the programming schedule during an electoral period, ahead of this month's European elections.
However, RAI CEO Fabrizio Salini and the news directors were reportedly not informed about the decision.
In an interview on Radio24, Deputy Premier and Interior Minister Matteo Salvini, referring to Fazio's programme, said it "bothers" him that "someone paid by the Italians, between three and four million euros, makes a political programme", but denied that he had anything to do with the decision to cut the last three episodes of the season.
Salvini added that "I was sorry to read that since there are elections there will be other programmes because I'd like Fazio to be on the air at Christmas and Ferragosto.
"I want Fazio on the air on all channels 365 days a year because the more he makes leftwing propaganda, the more Italians open their eyes.
"Buy with his salary at least halved".