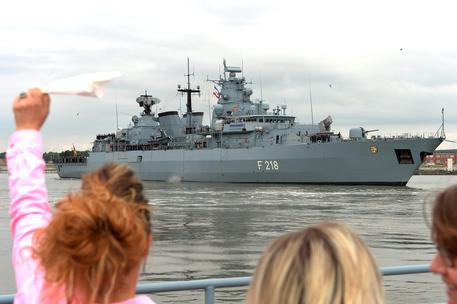 (ANSA) - Rome, January 23 - Deputy Premier and Interior Minister Matteo Salvini said Wednesday that the EU's Sophia naval mission in the Mediterranean to combat human trafficking must be scrapped unless the rules are changed, as it places too much of the burden on Italy. "The point of the Sophia naval mission is that all the rescued immigrants disembark exclusively in Italy after an ingenious agreement signed by the government of (ex-premier Matteo) Renzi," Salvini told Radio Anch'io.
"I don't know what he got in exchange.
"Either the rules change or the mission ends".

Sources close to European High Representative for Foreign Affairs Federica Mogherini said Wednesday that the EU may indeed close Sophia.
"Operation Sophia... combatted the trafficking of human beings in the Mediterranean up to the point of almost stopping it completely, it trained the Libyan coast guard and it saved human lives," the sources said.
"Sophia brought the whole EU into the Mediterranean, while Italy was alone there before 2015.
"If today Italy, which has the command and headquarters of the operation, no longer wants Sophia, we are ready to close it".
Germany has decided to interrupt its participation in Sophia, citing Italy's hard line on stopping NGO ships landing in Italian ports and sending migrants back to Libya, German news agency DPA reported on Tuesday.