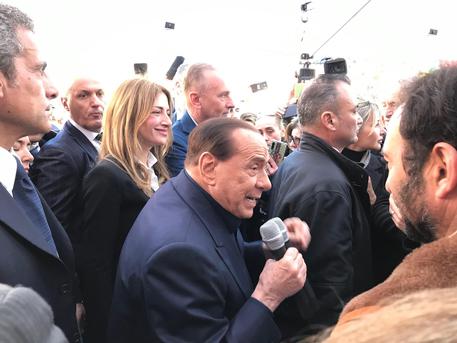 (ANSA) - Cagliari, January 17 - Ex-premier Silvio Berlusconi, the leader of the opposition, centre-right Forza Italia (FI) party, said Thursday that he will stand in May's European elections. The 82-year-old media billionaire is able to stand again for public office after the end of a ban related to a tax-fraud conviction that prevented him running in last year's general election. "At my grand old age I have decided to go to Europe out of a sense of responsibility," Berlusconi said in Quartu, Sardinia, at one of a series of rallies. He added that he does not think that the government coalition between the League and the 5-Star Movement (M5S) will last.
"The 'yellow-green' alliance is unnatural and I don't think it will hold up," he said. "Lots of ferment has recently emerged in parliament, which leads me to think that this government does not have much time ahead of it".