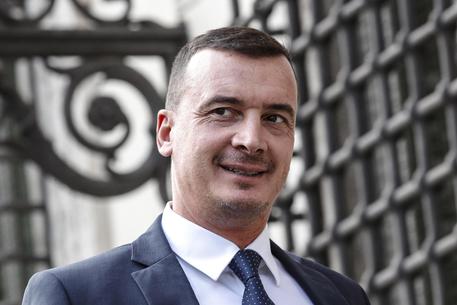 (ANSA) - Rome, November 12 - Five-Star leader Luigi Di Maio and bigwig Alessandro Di Battista's complaints about journalists' coverage of Rome Mayor Virginia Raggi's trial were "right", Premier Giuseppe Conte's spokesman Rocco Casalino said Monday.
"I'm much more scandalised about what is being denounced rather than the language used," he said.
"Rather than placing attention on the language, Id' like to place attention on the criticism they are making. There is almost a sort of party propaganda on the part of some newspapers and it is right for Di Maio as political head and Di Battista as free citizen to be able to denounce it. With strong language." An Italian journalist is suing for defamation the leader and a bigwig of the ruling anti-establishment 5-Star Movement (M5S) for allegedly slandering Italian journalists after Rome Mayor Virginia Raggi was cleared of lying over an appointment at the weekend.
Palermo-based Franco Viviano also proposed a class-action lawsuit by all Italian journalists against M5S leader Di Maio, who called reporters of the Raggi case "dirty low-down jackals", and former No.2, no longer an MP, Di Battista who called them "prostitutes and hacks".
The M5S have long had a confrontational stance with most of the the Italian media but observers said their invective has now reached new heights after Raggi was acquitted saying two years of "mud-slinging" had ended.
Viviano said "I've been doing this job for decades, also risking a lot, but always to inform the public.
"Therefore I have decided to sue Luigi Di Maio and Alessandro Di Battista for the offensive remarks towards journalists who still believe in this work".
He added: "tomorrow we will promote a class action lawsuit against those who denigrate and offend all honest journalists".
On Tuesday there will be flash mobs in all Italian regional capitals denouncing the M5S insults, called by journalists' bodies.
Freedom of the press has "great value", President Sergio Mattarella said after the M5S attacks on journalists covering Raggi's trial and acquittal amid threats to crack down on publishers.
"In the morning i read the papers, said Mattarella. "News and comments, those that I share and those I do not share and perhaps the latter for me are more important.
"Because it is important to know the opinion of others, their views. Those I share are interesting, naturally and are close to my heart; but those I don't share are for me an instrument on which to reflect.
"And for this reason freedom of the press has a great value because, also reading things that you don't share, even if you deem them wrong, it enables and helps to reflect".
Mattarella was speaking to students at the Qurinale presidential palace. European Parliament President Antonio Tajani said Monday he was "proud" to be a journalist.
"I'm proud of being a journalist. Without a free press, democracy does not exist," said Tajani.
"There are worrying signs in Europe against the freedom of information.
"The European Parliament rejects all threats to journalists and recalls the sacrifice of #DaphneCaruanaGalizia and #JßnKuciak.".
Italian House Speaker Roberto Fico, an M5S bigwig, meanwhile said that the freedom of information would "always" be protected.
The M5S has also said it would introduce legislation to crack down on so-called 'impure media owners', that is business-based publishing groups who have alleged conflicts of interest and allegedly pursue their own agendas to the detriment of accuracy.