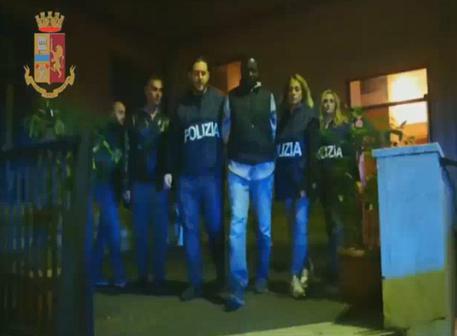 (ANSA) - Rome, October 25 - Three people have been detained by police in relation to the homicide of Desiree Mariottini, a 16-year-old girl found dead in an abandoned building in Rome's San Lorenzo district last week, sources said Thursday. Investigators believe that Desiree was drugged and gang raped while unconscious before she died.
Two Senegalese nationals - Mamadou Gara, 26, and Brian Minteh, 43 - were held overnight.
A third suspect, a 40-year-old Nigerian, was detained on Thursday.
They are suspected of sexual violence in a group, selling drugs and voluntary manslaughter. Sources say the police are trying to track down at least one other suspect.
"Two illegal immigrants held last night for the rape and death of Desirée, two others are wanted," Interior Minister and Deputy Premier Matteo Salvini said via Twitter after Gara and Minteh were detained. "Thank you to the police. I will do everything so that the worms guilty of this horror pay in full for their vileness, with no discounts". "Today I'm happy because three beasts who raped a girl have been captured," Salvini added later in the day in Verona.
"The fourth will be nabbed within minutes". Gara went missing after an expulsion order in 2017, sources said.
"Now I want justice for Desiree. I don't want this tragedy to happen to other girls," said the victim's mother, Barbara Mariottini, who was at her home in Cisterna di Latina, south of Rome.
Deputy Premier and Labour and Industry Minister Luigi Di Maio said Thursday that Rome Mayor Virginia Raggi's powers should be boosted following the case. "It's time to give more powers to the mayor of Rome," Di Maio told Radio 24. "Rome has no rivals in Europe in terms of its complexity and size". Raggi is a member of Di Maio's 5-Star Movement (M5S).