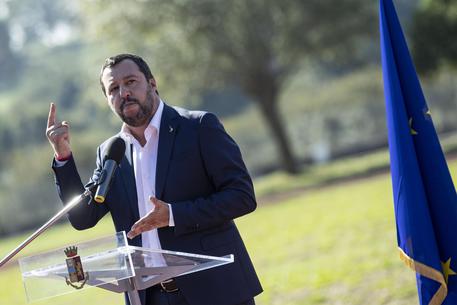 (ANSA) - Rome, October 11 - Deputy Premier and Interior Minister Matteo Salvini said Thursday that an amendment will be presented to his immigration-and-security decree that will force small grocery shops, often run by members of ethnic minorities, to close by 9pm. "(There will be an amendment) for the closure by 21:00 of little ethnic shops, which have become a meeting place for drug deals and people who raise hell," Salvini, the leader of the anti-migrant Euroskeptic League party, said on Facebook.
"It is not an initiative that goes against foreign shops, but it is a way to limit the abuses of certain shops that have become havens for people who raise hell".