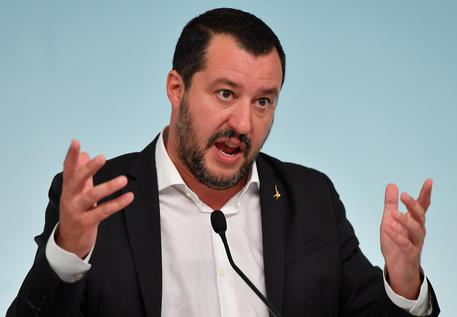 (ANSA) - Rome, September 25 - Interior Minister Matteo Salvini on Tuesday hailed a lack of "prejudice" from the EU on his security and migrants decree which the EU earlier said was "not a bad move".
"Every so often in Brussels instead of saying No with prejudice to something that comes from Italy, Poland, Austria or Hungary, evidently they have read and understood that it's a matter of greater security," he said.
"I'm happy that those who read it liked it", he said.
Among the decree's provisions is the revocation of citizenship for people convicted of terrorism felonies.
EU sources earlier welcomed as "positive points" the extension of the period of detention, the shortening of the procedural time and the fact that the refusal of the asylum request is issued at the same time as the expulsion order.