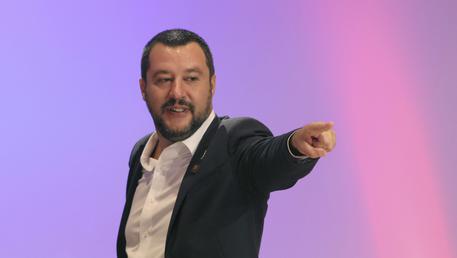 (ANSA) - Rome, September 17 - Deputy Premier and Interior Minister Matteo Salvini hit back on Monday after European Commission Vice President Maros Sefcovic expressed concern about the political situation in Italy and the rise of Salvini's League party. "It is the umpteenth attack by Europe on Italy, on the League and on the government," Salvini said.
"Now they are taking an interest in us, but for years the Eurobureaucrats ignored our country's requests for help to stop the arrivals (of asylum seekers) and saddled us with 700,000 immigrants. "It would be better if he apologised and shut up". Sefcovic, who announced Monday that he is seeking the nomination of the European Progressive Alliance of Socialists and Democrats to be the next Commission president, said that "we are all worried" when asked by ANSA about the political situation in Italy and the League. "I have been to Italy many times and I was always impressed by how this great, important European country was honestly pro-EU," Sefcovic told ANSA. "It's truly a new situation for us. "We have to ensure that, in the future, Italy returns to being the great G7 country that is strongly pro-EU again".