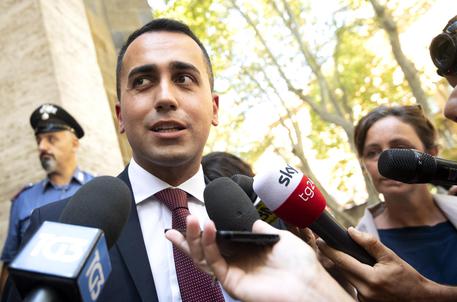 (ANSA) - Rome, September 6 - Labour and Industry Minister Luigi Di Maio said Thursday that a deal has been reached for Arcelor Mittal's takeover of ILVA and its troubled Taranto steel plant to go through. Arcelor Mittal got the OK for a takeover of ILVA, which has been in the hands of government-appointed administrators after being at the centre of environmental scandal linked to high cancer rates in the Taranto area, under the previous centre-left government.
Deputy Premier and 5-Star Movement (M5S) leader Di Maio had threatened to annul the tender via which Arcelor Mittal landed ILVA, saying it was tainted by irregularities.
But he said on Thursday that he has decided to allow the takeover after Arcelor Mittal agreed to increase the number of ILVA workers it is set to take on by several hundred and boost environmental measures further. "It is the best possible result in the worst conditions," Di Maio said.
The deal, which is set to be signed later on Thursday, will see 10.700 ILVA workers taken on immediately Francesca Re David, the head of metalworkers union FIOM, said Arcelor Mittal had committed itself to taking on all of the rest of ILVA's workforce by 2023.
"The agreement had been reached and, to be valid, it must be approved by workers with a vote," Re David said.