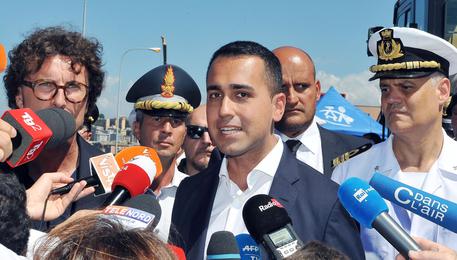 (ANSA) - Genoa, August 16 - Deputy Premier and Labour and Industry Minister Luigi Di Maio suggested Thursday that Autostrade per l'Italia's concession was extended in 2015 in exchange for money from the Benetton group for the centre-left Democratic Party (PD). The Benetton family's holding company is the biggest stakeholder in Atlantia, the parent company of highways company Autostrade per l'Italia. The League-5-Star Movement (M5S) government has said it will strip Autostrade per l'Italia of its concession after this week's bridge-collapse disaster in Genoa. "A little law was introduced in the night in the Sblocca Italia package in 2015 that extended the concession to Autostrade, against any form of competition," M5S leader Di Maio said.
"It was done to finance election campaigns.
"My election campaign was not paid for by Benetton and I'm free to revoke these contracts". Ex-premier and former PD leader Matteo Renzi accused Di Maio of mendacity.
"In the hours after (the Genoa disaster) we asked everyone not to get involved in rows," Renzi said on Facebook. "A civilized country unites when faced with a tragedy like this, it does not divide.
"I confirm that commitment, but the comments of some members of the government require a speedy reply.
"Those like Luigi Di Maio who say that my government took money from Benetton or Autostrade are, technically, lying "If they say this for political reasons, on the other hand, they are looters.
"In both cases, the truth is stronger than the chatter.
"My government did not take a cent from these gentlemen, who did not pay for my election campaign, nor that of the PD, nor the Leopolda (conference)".