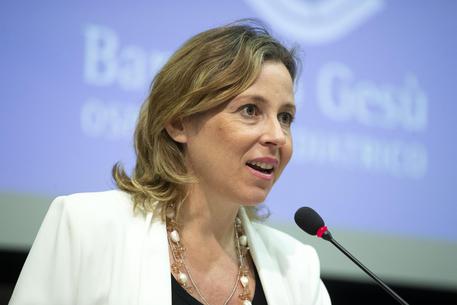 (ANSA) - Rome, August 9 - Health Minister Giulia Grillo said Thursday that the government coalition has presented a bill to make the obligation for children to be vaccinated to have access to State schools flexible. "Yesterday we presented a bill of the ruling coalition in which we push for the method of recommendation, which is what we prefer from a political point of view, which features flexible obligation measures at the local level, and therefore, also in the regions and towns where the there are low vaccination coverage levels or epidemic emergencies," said Grillo, a member of the anti-establishment 5-Star Movement (M5S). "Although they pull my leg about this point, the idea of a flexible obligation according to the territory is the most sensible idea". The 5-Star Movement/League government has come under fire after a requirement for parents to present vaccination documentation for admission was postponed until the 2019-2020 school year.
On Wednesday Italy's association of school principals said its members will ask parents to provide vaccination certificates, saying a circular letter released by Grillo stipulating that self-certification should suffice cannot supercede the law on obligatory vaccines drafted by her predecessor Beatrice Lorenzin. Grillo insisted that self-certification will be valid again for the the upcoming school year. "The instrument of self certification was used throughout 2017," Grillo said.
"I don't understand the position adopted yesterday.
"We will use it (self-certification) again for 2018 because Lorenzin did not set up a national vaccine register and we didn't want to put extra burdens on citizens, forcing them to provide more documentation".