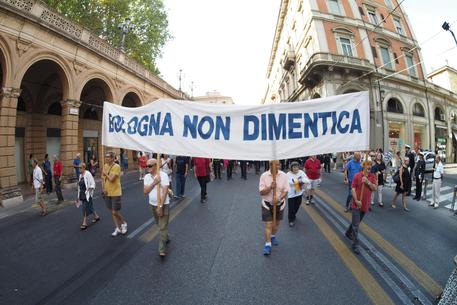 (ANSA) - Rome, August 2 - President Sergio Mattarella said Thursday that it was necessary to uncover the whole truth about the 1980 Bologna train station bombing and shed light on the "shadowy areas" that remain in relation to the attack. The Bologna massacre claimed 85 lives and more than 200 people were wounded in it. Members of the NAR neo-fascist terrorist group were convicted over what was one of the worst atrocities of Italy's so-called years of lead of political violence in the 1970s and 1980s.
"The trials led to the conviction of those who carried out the attack, uncovering its neo-fascist nature," the head of State said in a message for the anniversary of the massacre.
"The rulings also identified complicity and serious efforts to sent the investigation off track. "There are still shadowy areas to shed light on.
"The work of the magistrates and the servants of the State achieved results that are not exhaustive, but are an encouragement to meet the demand for truth and justice".