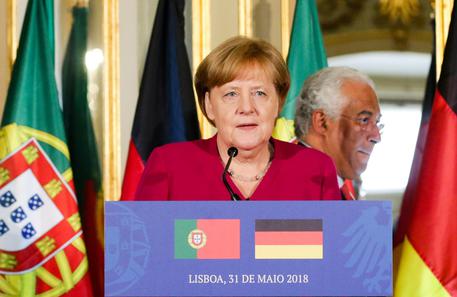 (ANSA) - Berlin, June 4 - German Chancellor Angela Merkel said she was ready to work with the new Italian government and judge it on its deeds rather than speculating in its intentions in a newspaper interview published at the weekend.
She also said that the Italian people had not felt sufficiently supported by the rest of the European Union in facing the Mediterranean migrant crisis.
"Part of Italy's insecurity stems from the fact that the Italians felt left alone on the job of receiving so many migrants after the fall of (Muammar Gaddafi's regime in) Libya," Merkel told FAS.