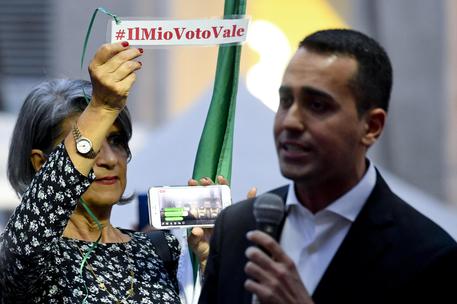 (ANSA) - Rome, May 30 - Anti-establishment 5-Star Movement (M5S) leader Luigi Di Maio said the official M5S position on Italy's political crisis was "either a political government or an election". Di Maio was answering a question about the possibility of the M5S not voting against a technocrat executive led by former IMF official Carlo Cottarelli. The former spending review czar does not have the cotes in parliament to pass a confidence vote, if he were to get that far.