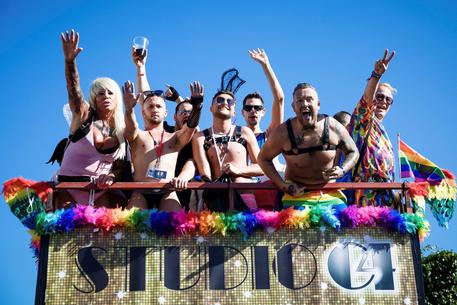 (ANSA) - Rome, May 14 - Italy's supreme Cassation Court on Monday said that same-sex marriage between an Italian and a foreigner celebrated abroad can't be registered in Italy but can be "converted" into a civil union in its first such ruling.
The court upheld an appeals' court sentence in 2015 on the case, also ruling that same-sex unions can be registered in Italy even if they were celebrated abroad before civil unions between homosexual partners became legal in the country in 2016.
In its first sentence on a same-sex wedding abroad between an Italian and a foreign citizen, the court ruled against a Brazilian citizen and an Italian who got married in 2012 in Brazil and a year later in Portugal and who had requested that Milan's civil registration office recognize their marriage.
The couple had appealed the 2015 ruling calling it discriminatory and "downgrading" but the Cassation said it was based on a State's "legislative discretion".