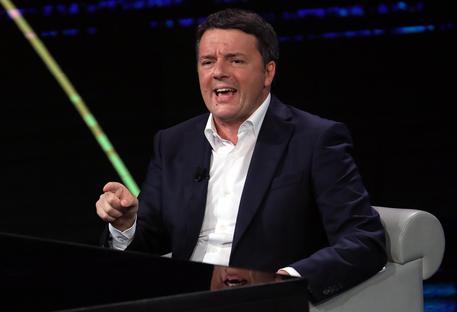 (ANSA) - Rome, April 30 - Former Democratic Party (PD) leader Matteo Renzi on Sunday scotched a government alliance between the PD and the anti-establishment 5-Star Movement (M5S).
Speaking about M5S leader Luigi Di Maio, Renzi said on Italian TV "you can meet Di Maio but you can't vote confidence in a Di Maio government".
Di Maio responded that Renzi had a "boundless ego" and said the PD would "pay" for his decision.
Renzi resigned after leading the PD to its worst-ever showing, 18%, in the inconclusive March 4 general election.
Di Maio has been claiming the premiership after the M5S notched 32% to become Italy's top party.
The centre right alliance of anti-migrant Eurskeptic League leader Matteo Salvini, who got 17.5%, and former premier and centre-right Forza Italia (FI) leader Silvio Berlusconi, who got 14%, were the top coalition with 37%.
President Sergio Mattarella first gave a government-formation exploratory mandate to Senate Speaker Elisabetta Casellati of FI to see if the centre right could team up with the M5S, but the M5S vetoed any government featuring Berlusconi.
Mattarella then gave a mandate to Lower House Speaker Roberto Fico of the M5S to sound out an M5S-PD alliance.
PD caretaker leader Maurizio Martina has said they should at least talk, but since former premier Renzi still controls most of the party, the PD is now expected to say no at an executive meeting on Thursday.