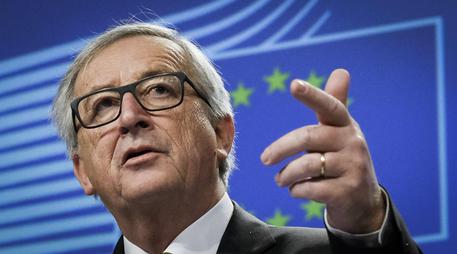 (ANSA) - Brussels, February 22 - European Commission President Jean-Claude Juncker on Thursday said the EC must prepare for a "non-operational government" in Italy after the March 4 general election. He said this would be "the worst scenario". Juncker said that "a strong market reaction in the second half of March is possible, we're preparing for this scenario".
Most polls have shown that the election will produce a hung parliament.
The spread between Italian and German 10-year bond yields, a gauge of Italy's borrowing costs and of market confidence in the Italian economy, widened to 138 points Thursday, from 134 at the start of the day, after Juncker's warning.
Premier Paolo Gentiloni responded to Juncker's fears by saying "I will reassure him, in any case all governments are operational, governments govern". Gentiloni is set to meet Juncker in Brussels Thursday evening.
Gentiloni said that the March 4 general election would not be a "leap in the dark". He said "I don't agree in seeing these elections as a leap in the dark, it will certainly be important that more reliable forces, and from my viewpoint especially the centre left, will have a fundamental role so as not to throw away the results reached".
He said "I'm not afraid of the abyss, Italians want continuity".