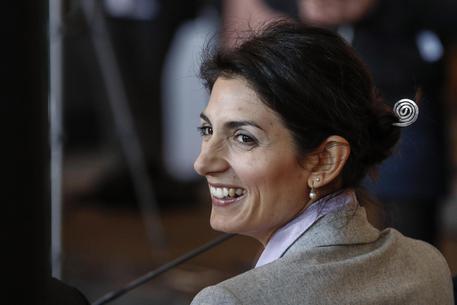 (ANSA) - Rome, February 20 - A Rome court on Tuesday shelved a case against Rome Mayor Virginia Raggi for the appointment of Salvatore Romeo as her political secretary. The case was shelved for lack of evidence. Raggi said the court had "cancelled more than a year of splatters of mud, fanciful reconstructions and insults".
Last month, however, Raggi was sent to trial June 21 for allegedly lying about another appointment. Raggi was indicted on charges of lying about the appointment of Renato Marra, brother of her former right-hand man Raffaele, as Rome's tourism chief.
Raggi had asked the Rome court for an 'immediate' trial, pushing the trial date back until after the March 4 general election and averting potential embarrassment for her anti-establishment 5-Star Movement (M5S), which is leading the polls among individual parties.
Raggi said at the time "I am certain of my innocence and I don't want to dodge any trial".
Marra is also involved in another more serious case, yet to come to trial, where he is accused of corruption with constructor Sergio Scarpellini in relation to the sale of a Rome apartment.
In September prosecutors requested that Raggi be indicted for alleged falsehood in relation to Renato Marra's appointment, but they also asked for a more serious abuse-of-office accusation to be dropped.
The false-declaration charge relates to the appointment of Renato Marra, the brother of her former wingman and personnel chief Raffaele, as head of the city tourism department.
The abuse-of-office accusation regarded the appointment of Salvatore Romeo as her political secretary.
Raffaele Marra was arrested last year in a corruption case in relation to Raggi's executive.
Raggi became Rome's first woman mayor in a landslide last year and her administration has been a test bed for the M5S's capacity to rule Italy.
The M5S prides itself on not being tainted by the graft scandals that have hit other parties.
Raggi expressed satisfaction at the prosecutors' request to drop the abuse-of-office charge.
"I am satisfied to learn that, after months of media mud-slinging at me and the 5-Star Movement, the Rome prosecutors office has decided to drop the abuse-of-office accusation," Raggi said via Facebook.
The M5S's premier candidate and leader Luigi Di Maio stressed that the Rome prosecutors had asked to shelve the abuse of office charges, "over which the press slung mud at us for months".
Di Maio, who was also Lower House Deputy Speaker in the parliament that was recently dissolved, said "we have the utmost confidence in the magistrature and the M5S is continuing to work for Rome".
As well as facing a slew of appointments headaches, Raggi has also been widely criticised for allegedly failing to clear rubbish, repair pot-holed streets and improve public transport and other public services.
Much of the city has fallen into decay and disrepair, critics say.
Amid a holiday trash-collection emergency, the Emilia Romagna region recently stepped in to take some of the rubbish littering Rome streets.