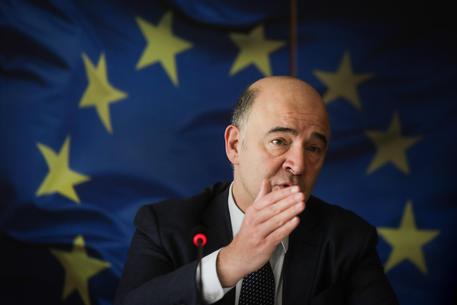 (ANSA) - Paris, January 16 - Economic Affairs Commissioner Pierre Moscovici said Tuesday that the situation in Italy was one of the "political risks" on the horizon for the EU ahead of the March 4 general election. "Italy is preparing for elections, the outcome of which is somewhat uncertain," Moscovici told a press conference in Paris.
"What ruling majority will emerge from the vote? What programme? What European commitment?".
He also blasted a proposal by the 5-Star Movement's Italian premier candidate Luigi Di Maio to break the EU's 3% limit on the deficit-to-GDP ratio. "It's an absolute contradiction," Moscovici said.
"The 3% ceiling has a very precise sense to stop debt rising further.
"Reducing the deficit means combatting debt and combatting debt means boosting growth". Moscovici commented on Italy's high debt, while quoting Galileo to stress that Rome was starting to make progress. "And yet, it moves," Moscovici said. "It is starting to come down. "We can have faith in Italy's recovery," he said, adding that several reforms had been passed while much more needed to be done.