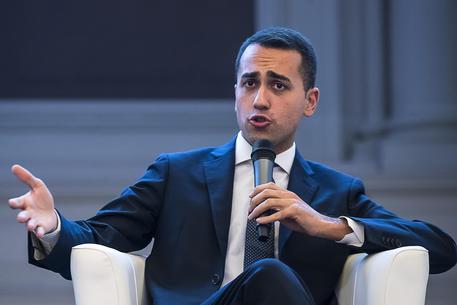 (ANSA) - Rome, December 18 - 5-Star Movement (M5S) premier candidate Luigi Di Maio said Monday that, if there were a referendum on the euro, he would vote to quit the single currency, while stressing that he did not think that would be necessary. "If a referendum happened, which, however, I consider to be a last resort, it is clear that I would vote to quit, because it would mean that Europe has not listened to us," Di Maio told La7 television. "But today I see opportunity from Europe". But the M5S is not aiming to quit the euro if it gets into power, Di Maio stressed. On his Facebook page, Di Maio said "the government goal of the M5S is absolutely not quitting the euro, but to make the permanence of our country in the single currency an advantageous position for Italy". He said "our position is a pragmatic choice, not ideological".
"The Movement," he said, "in government will take a package of proposals into Europe.
"Reasonable proposals, shared also by other European countries, proposals which only in words the preceding governments have brought forward, given that they have not obtained no results."