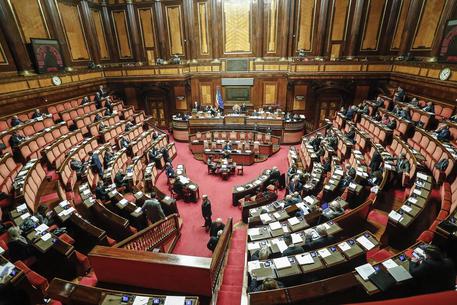 (ANSA) - Rome, December 14 - The Senate on Thursday gave final approval to a bill for living wills with 180 votes in favour, 71 against and six abstentions. The definitive green light was met with a big round of applause in the Upper House. A living will, also called a directive to physicians or advance directive, is a document that lets people state their wishes for end-of-life medical care, in case they become unable to communicate their decisions. It may include their stating they do not wish to be artificially fed and hydrated. Right-to-die activists have hailed the legislation saying it has "finally" come eight years after the landmark case of Eluana Englaro, which split the country.
Premier Paolo Gentiloni tweeted: "Living wills: green light from the Senate to a civilised choice. A step forward for the dignity of people".
Speaking in Brussels, the premier added: "Parliament has taken a decision that allows everyone to take a step forward in terms of civilisation for the country and dignity for the human person, and so I'm very satisfied".
Democratic Party deputy leader Maurizio Martina said "it's a just and historic law". The widow of right-to-die activist Piergiorgo Welby, Mina, said "it is just what Piergiorgio had wanted so many years ago, in 2002.
"Today is a very beautiful day that creates a right to be treated, to refuse treatment, to choose.
"Of freedom of choice. "That doesn't mean that if a person wants to come off an artificial lung machine and feeding, that dones't mean that they're refusing life but that they've reached a point of great suffering that is only going to increase.
"The interruption of these treatments, or not accepting them, means not having more suffering.
"So it is not euthanasia as I have heard (Catholic critics) say in the last few days.
"Euthanasia is something else.
"But I'd like there to be a law on that too, some time in the future".
The right-to-die Coscioni Association said "now it's time to pass a law on euthanasia too".
There have been a number of high-profile cases of Italians committing assisted suicide in Switzerland.
Coscioni Association activist Marco Cappato is currently on trial for helping a blind and tetraplegic ex-DJ, Dj Fabo, kill himself.