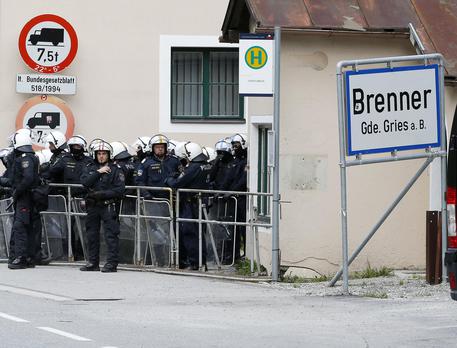 (ANSA) - Bolzano, August 16 - Austria has deployed 70 soldiers to help police conduct checks at its border with Italy, near the Brenner Pass, territorial military commander Herbert Bauer announced on Wednesday.
"This does not mean," local police chief Helmut Tomac said, "that Panzers will be deployed there as well." Austria has threatened in the past to shut the Brenner Pass if Italy were to give migrants humanitarian visas to travel across Europe, a possibility Rome has aired but since ruled out.
Meanwhile Premier Paolo Gentiloni called for "a greater European effort to face the migrant phenomenon which has a structural dimension and concerns the entire European Union", in a reply to a July 25 letter from European Commission President Jean-Claude Juncker.
Gentiloni said "it is fundamental that the EU's member States should agree to finance in a significant way, already before the European council meeting in October, the EU trust fund for Africa, also to support the activity of the UNHCR and the IOM in Libya".
Italy is sparing no energy on the migrant crisis, Gentiloni said Wednesday told Juncker. "Italy is not sparing any energy to respond, with a national mobilisation, to the challenges" of the migrant crisis, the premier wrote. Gentiloni said "we appreciate the European Commission's determination to be at Italy's side (on migrants) and maintain a constant dialogue with the Italian authorities, through the permanent contact group coordinated by your Cabinets in Brussels".
European Migration Commissioner Dimitris Avramopoulos told ANSA Wednesday the EC was "strongly committed to supporting Italy and will continue to work closely with Italian authorities to immediately enact the proposed supplementary measures" on relocations, repatriations and asylum procedures. He said "we are counting on the support of all the member States in this work and in showing solidarity with Italy".