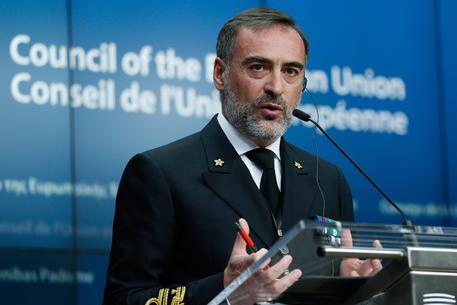 (ANSA) - Rome, April 6 - The EU's Operation Sophia to rescue migrants in the Mediterranean is not a pull factor for those setting off, operation commander Admiral Enrico Credendino told ANSA Thursday.
Credendino was speaking after days of accusations that sea-born rescues were attracting more migrants, and allegations that NGO vessels were helping people traffickers.
"Migrants certainly don't leave because boats at sea are a pull factor, but because there are wars, terrorism, lack of food and water," Credendino said, citing the major push factors in the exodus. "Even without Sophia the migrants would leave anyway, in fact when Mare Nostrum was suspended and before Safe Sea, the number of migrants went up, not down." Credendino said there were now more NGO operations but "we're not getting in each other's way".