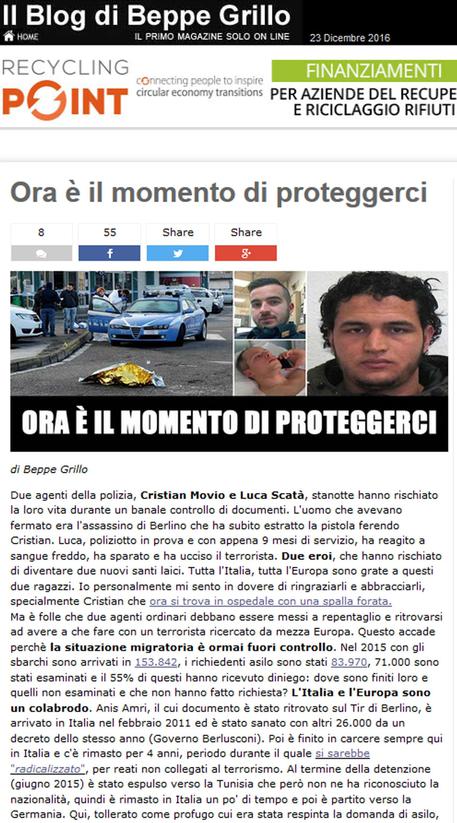 (ANSA) - Rome, December 23 - Beppe Grillo, the leader of the anti-establishment 5-Star Movement (M5S), on Friday called for all migrants who are not legally in Italy to be deported, in the wake of this week's attack in Berlin and the killing of the suspected terrorist near Milan. "The migratory situation is out of control," Grillo wrote on his blog. "Our country is becoming a place where terrorists come and go and we are not able to recognise and report them and they can wander all over Europe undisturbed thanks to Schengen.
"Those who have the right to asylum should stay in Italy, all the others should be repatriated at once, starting from today. "Schengen must be revised," he said, adding it should be suspended "immediately and border controls reinstated" when there is an attack until the suspects have been captured.
Grillo also called for a European database of suspects to be shared among EU member States. "Now is the time to react and protect ourselves," Grillo said.