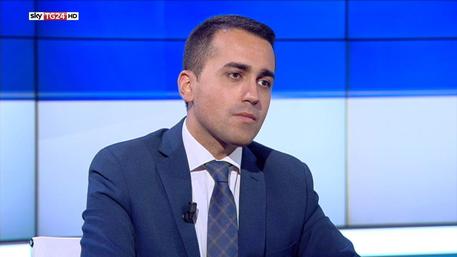 (ANSA) - Rome, October 24 - The anti-establishment Five Star Movement (M5S) will vote No in the December 4 referendum on Constitutional reform because the law "deprives us of democratic rights", party bigwig and Deputy House Speaker Luigi Di Maio said on Monday.
"In our opinion, the title of the law does not in any way reflect its content, in the same way that the title of the Good School law does not in any way reflect the content of that reform," Di Maio told radio broadcaster Rtl 102.5.
The M5S recently lost a legal challenge against the question in the consultative referendum, which echoes the wording of the title of the constitutional law, arguing it amounts to a "deceptive" advertisement for the government's position in favour of a Yes vote.
On December 4, Italians will be called to answer 'yes' or 'no' on a question that reads: "Do you approve a constitutional law that concerns the scrapping of the bicameral system (of parliament), reducing the number of MPs, limiting the operating costs of public institutions, abolishing the National Council on Economy and Labour (CNEL), and amending Title V of the Constitution, Part II?".
The reform approved by parliament in April would turn the Senate into a leaner body of indirectly elected regional and local representatives with limited lawmaking powers.
Critics of the reform, including M5S and a left-wing faction within Premier Matteo Renzi's own Democratic Party (PD), say it will actually make procedures more complicated.
Di Maio was also ironic about the endorsement of the reform received by Renzi from US President Barack Obama during a recent visit to Washington.
"Let's say it is not the first time Obama has intervened concerning a referendum in another country, he supported 'Remain' in England and 'Brexit' won. Now he is backing the Yes vote and so the No front should be reassured," he said.
Di Maio went on to criticise Renzi's performance in Europe, accusing him of seeking conflict with the central institutions only as part of electioneering while "failing to bang his fists on the table at the right time".
He also dismissed criticism of the movement's performance in Rome, where new M5S mayor Virginia Raggi has struggled to get her administration off the ground.
"We have only had the defection of a budget councillor who we replaced," Di Maio said.