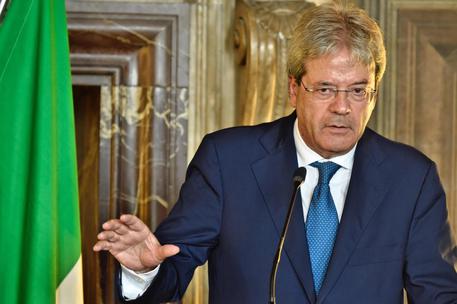 (ANSA) - Rome, October 14 - Italy will send 140 troops to Latvia in the coming months to "participate in the Canadian-led NATO force" there, Foreign Minister Paolo Gentiloni said Friday.
Moscow blasted the announcement that Italy will station troops near to its border. "NATO's policy is destructive," Russian foreign ministry spokesperson Maria Zakharova told ANSA. "The alliance is engaged in constructing new lines of division in Europe, instead of deep, solid relations of good neighbours".
But Gentiloni said that the decision was not an act of aggression. "It is not a policy of aggression towards Russia, but of reassurance and defence of our borders as an alliance," Gentiloni told a joint news conference with NATO Secretary General Jens Stoltenberg. "This decision does not influence in the slightest the line of dialogue (with Russia) that Italy has always proposed and shared with NATO". The decision was taken months ago as part of the country's contribution to the alliance in the Baltic states, Gentiloni said. He added that it had nothing to do with the current tensions in Syria, after the West's criticism of Moscow's role in the conflict there, and did not amount to a suspension in dialogue with Russia.
Italian Defense Minister Roberta Pinotti specified that the move was agreed at a NATO summit in Warsaw in July. The summit had agreed to form a NATO contingent as part of a project to boost the eastern borders of the North Atlantic Alliance.