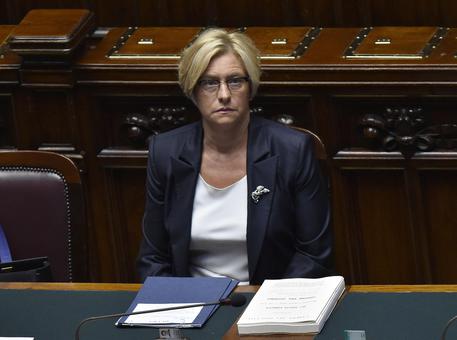 (ANSA) - Rome, September 13 - Defence Minister Roberta Pinotti told parliament Tuesday that Italy was ready to send 300 military personnel to Libya as part of an operation to set up a military field hospital at Misrata airport. Pinotti told the Lower House and Senate defence committees that operation Ippocrate will feature 60 doctors and nurses, 135 logistics personnel and 100 'protection force troops'.
Foreign Minister Paolo Gentiloni said Tuesday that Italy will set up a military hospital for forces loyal to the national unity government after a request from Prime Minister Fayez al-Sarraj. "The Misrata militias have suffered 400 deaths and 2,500 wounded," Gentiloni told the Lower House and Senate defence committees. "In the last few months Italy has helped by taking into hospital some of the most seriously wounded and, in this spirit, came the decision to respond to a formal request from Sarraj to set up a military hospital".
Italy will name as new ambassador to Libya Giuseppe Perrone and he will take up his post in Tripoli "as soon as possible", Gentiloni added. Italy will continue its commitment to Libya, he said, "trying to play a more advanced role in the crisis".
Gentiloni also said that "the military operations begun Sunday in (Libya's) oil crescent may have a destabilising effect." He said "the operations were conducted by Sudanese and Chadian militiamen loyal to (General Khalifa) Haftar". Gentiloni said "the situation is still unstable, one cannot say that Haftar has control nor that others have it, clashes are ongoing, albeit on a smaller scale".