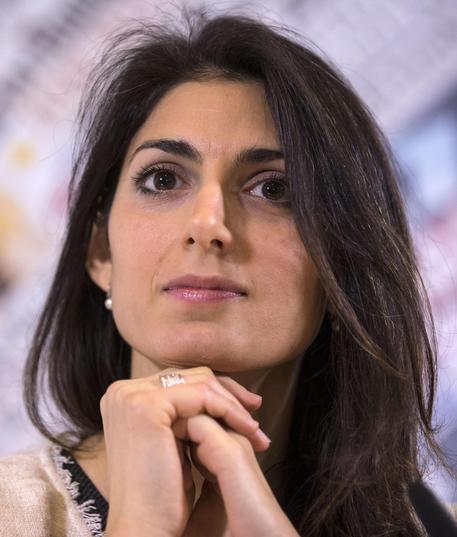 (ANSA) - Rome, June 20 - Virginia Raggi, Rome's first woman mayor, is a political neophyte for the anti-establishment 5-Star Movement (M5s) whose thumping win over Premier Matteo Renzi's Democratic Party (PD) in the Italian capital captured headlines worldwide.
Raggi, who will turn 38 on July 18, is also the youngest-ever Rome mayor.
A civil lawyer, she is described by those who know her as a bit of a "swot", precise, determined, and a stickler for detail.
In the M5S since 2011, she served as an opposition councillor to former Rome PD mayor Ignazio Marino from 2013 until his PD-spurred demise amid an expenses scandal last year.
Raggi grew up in the central Roman quarter of San Giovanni but for more than 10 years she has lived in the suburb of Ottavia.
Married to a radio director, Andrea Severini, who brought her into the M5S, the couple have a seven-year-old son, Matteo.
She has said she entered politics "to change the world".
As a lawyer, she has specialised in copyright and new technologies. A Catholic but not a regular church-goer - she has said she will celebrate gay unions - Raggi is a sports enthusiast and loves riding her bike.
She's a lukewarm soccer fan but is known to follow Lazio, Rome's second team after AS Roma.
In the past she has voted for the centre left - and even the PD - dating back to the time of fairly recent but 'historic' PD mayors Francesco Rutelli and Walter Veltroni.
Telegenic and dedicated, she convinced the arbiters of M5S's brains trust Casaleggio Associati that she had the right stuff to run for mayor, and won Web-based mini-primaries. She has proven steely enough to rebut a barrage of criticism from rivals, most recently over a controversial non-disclosure - until forced to - of the fact she once worked for a local health authority in Civitavecchia.
Before that, at the start of her run, she was targeted for having worked in the studio of top Rome lawyer Cesare Previti, Silvio Berlusconi's controversial former legal fixer who was convicted of bribing judges. Raggi also got some stick for working for another rightwing lawyer, Pieremilio Sammarco, her former university teacher.
She worked for him as the CEO of a company with links to the historic Roman right - another fact that didn't initially appear on her CV.
Shrugging off the criticism, Raggi said she had not been required to list all her former posts and stressed "I've always been a hard worker, no matter where the work came from".
From Monday her work will be to fulfill a string of campaign pledges, starting with her vow to usher in a "new era" by cleaning up city hall after the left-right Capital Mafia scandal.