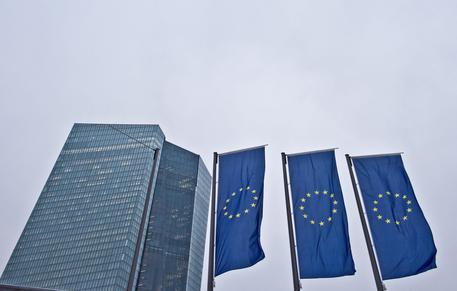 (supersedes previous)(ANSA) - Rome, May 3 - European Central Bank (ECB) oversight board member Ignazio Angeloni told the Senate Tuesday Italy's new Atlante fund to shore up weak banks and the government's new public guarantees on non-performing loans (GACS, in its Italian acronym) are a step in the right direction but "can't cause a turning point on their own". "With its current reduced size, the Atlante fund will only be able to intervene on a limited number of small and medium banks," he said. Angeloni added Atlante's first operation - its takeover of struggling Banca Popolare di Vicenza - will be "an important test case" and said it was "to be hoped" that more capital would flow into the fund.
Atlante is a new private fund to aid struggling Italian banks avert the risk of bail-ins and keep the national banking system stable. It does so by underwriting capital increases and helping banks get toxic loans off their books.
Angeloni went on to praise the current government's reform of Italy's small 'popolari' banks and cooperative credit unions They are "a very positive tool with which to rectify governance shortcomings," he said. "The reform should increase shareholder control in both segments, increase banks' access to capital, reduce the risk of a concentration of power in the hands of minority stakeholder groups, and offer opportunities for cost synergies," Angeloni said. "The consolidation of these two sectors would increase banks' efficiency and competitiveness, putting them in a better position to support the entire (national) economy. We support Italian authorities in their reform effort," he said.