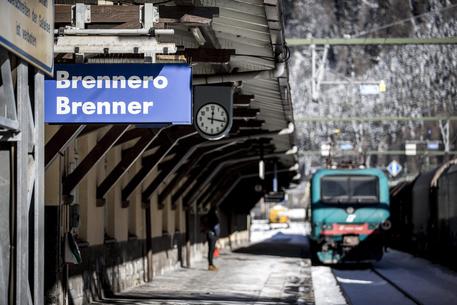 (ANSA) - Tehran, April 12 - Premier Matteo Renzi said Tuesday that while Italy is Austria's friend, it demands respect for EU rules.
His remarks came after Austria began building a 250-meter barrier across road links with Italy at the Brenner Pass border crossing in the Alps as a way to keep asylum seekers out.
Speaking during a mission to Iran with an Italian business delegation, Renzi said he has asked Italy's EU representative, undersecretary Carlo Calenda, "to verify all the regulations at the European level to assess the correctness of the things that Austria is doing". He said "there is friendship with Austria but we demand EU rules be respected". Austria is erecting the fence in light of what it says will be an estimated doubling of asylum seeker arrivals, to 300,000, across the Mediterranean to Italy this year. Also on Tuesday, Interior Minister Angelino Alfano said Austria's decision to erect the barrier is "unexplainable and unjustifiable". Austrian Interior Minister Johanna Mikl-Leitner said Italy's "agitation" over the Brenner Pass barrier is "incomprehensible". Austrian Chancellor Werner Faymann defended the move as "desirable, necessary and just" and that doing nothing was "out of the question". He also said he would take full responsibility for the decision.
Austria came under fire earlier in the day from EU officials and leading human rights organizations. "What is happening at the border between Italy and Austria is not the right solution," EU Migration and Home Affairs Commissioner Dimitris Avramopoulos told the European Parliament in Strasbourg. Amnesty International Italy said Austria's move will create a bottleneck and a humanitarian crisis such as the one taking place at the border between Greece and Macedonia, where thousands of refugees from Syria and other war zones have languished in limbo in a makeshift camp at Idomeni for months. "Austria has decided to raise... an obstacle that will create a situation similar to Idomeni," Amnesty International Italy Director Gianni Rufini said. "We will find ourselves with improvised camps and a humanitarian crisis...that this should happen today on European soil is disappointing and depressing". Humanitarian group Doctors without Borders (MSF) said border police at Idomeni have injured 200 people with tear gas and another 37 with rubber bullets, which were being shot "at children's height". "At least three children were wounded by these projectiles," Doctors Without Borders (MSF) President Loris De Filippi told a press conference in Rome. "It is an aberrant situation, created by Europe and left unsolved by Europe".