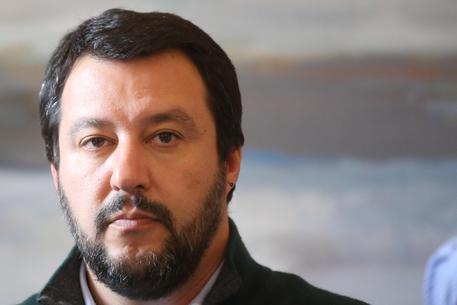 (ANSA) - Rome, April 11 - Northern League leader Matteo Salvini said Monday that he was unrepentant after coming under heavy fire for insulting President Sergio Mattarella on Sunday.
Salvini accused the head of State of being a "sell-out" and an "accomplice" in illegal migration. The attack came after Mattarella, in an address on business, told the Vinitaly wine fair in Verona that "Italy's destiny is linked to overcoming frontiers, not to restoring them". Salvini told Mediaset television on Monday that he did not see himself represented by "this president". "The president of the Italian people, who does not seem to be this to me, should defend his people and the work of his people before talking about borders and open frontiers" he added.