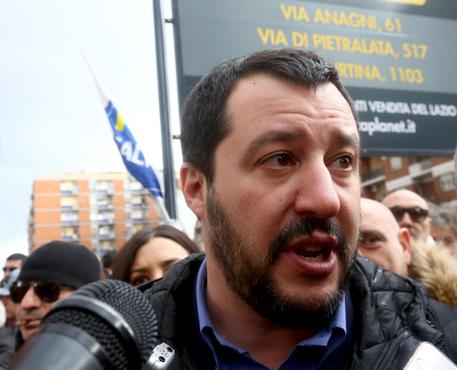 (ANSA) - Jerusalem, March 30 - Northern League leader Matteo Salvini said Wednesday that he saw eye-to-eye with Avigdor Lieberman after meeting the head of the right-wing nationalist Yisrael Beiteinu party on the second day of his visit to Israel.
He said he agreed with Lieberman, who has previously held a variety of cabinet positions, including foreign minister and deputy prime minister, on issues including the European Union, the asylum-seeker crisis and Turkey.
"Lieberman expressed all his doubts about Europe, an entity that has lost its identity, denying its Judeo-Christian roots. He called it a soulless Europe," said Salvini, whose party is Euroskeptic and takes hardline stances on migration issues. "Lieberman was extremely hard (on Turkey), calling it a dictatorship and I support that - never mind entry to Europe".
Salvini said that the pair also agreed on the need to intervene "in any way possible" against ISIS, including with action on the ground, "above all in Libya".
He said they both thought that migrant flows brought "dangers of all kinds". Salvini also visited Jerusalem's Yad Vashem Holocaust Museum and blasted Islamist extremists as today's Nazis.
"The new Nazis are those who kill in the name of Allah," he said.
"No one should look the other way, as we did then, when faced with new lunatics who spill the blood of innocents. "If Hitler had been stopped, there wouldn't have been six million deaths.
"If today someone thinks that it's possible to talk to the new Nazis, it reminds me of Europe of the 1930s".