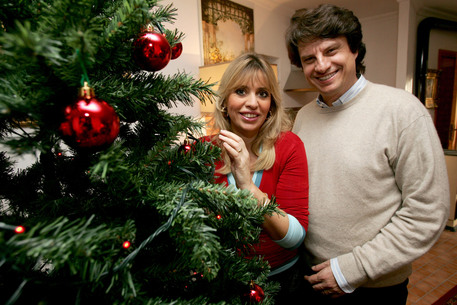 (ANSA) - Rome, October 22 - The husband of prominent Forza Italia (FI) politician Alessandra Mussolini on Thursday plea-bargained a one-year jail term for using an underage prostitute.
Mauro Floriani was also fined 1,800 euros for being a client of two teen prostitutes working out of an apartment in the upscale Parioli neighborhood.
Floriani's sentence was suspended, as is routine for all custodial terms of two years or less.
Wiretaps last year revealed Floriani was one of the clients who contacted the girls most often.
Floriani, a former finance police officer, is a manager at State-controlled national rail company Trenitalia.
He has three children with his wife, who is the granddaughter of Fascist dictator Benito Mussolini and has recently served as chair of a parliamentary children's rights committee.
Eight ringleaders of the teen bordello have already been convicted. These include barman and pimp Mirko Ieni, who was sentenced to 10 years behind bars. Army Corporal Major Nunzio Pizzacalla got seven years and the mother of one of the teens was sentenced to six years and loss of parental rights.
Eleven clients have so far plea-bargained a year in prison, while 30 others have been probed.