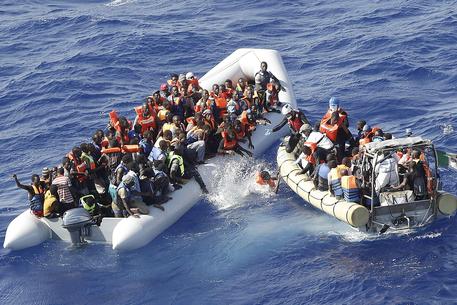 (ANSA) - Rome, September 15 - German Chancellor Angela Merkel said Tuesday that "it is urgent that Greece, and Italy too, set up the hotspots immediately". She said that "otherwise there can't be a fair distribution of migrants".

Merkel also called for an extraordinary EU summit on refugees next week after Eastern European hawks blocked a deal between EU interior ministers to redistribute 120,000 migrants across the Union

Italian Foreign Minister Paolo Gentiloni said Tuesday he was disappointed by the outcome of Monday's EU meeting on migrants. "Unfortunately the decisions were frozen," he said. "I can't hide a certain concern: the rate at which this issue is evolving tends not to coincide with the rate of European decisions, which is a problem," Gentiloni went on. "We have to get moving" or there may be repercussions on the Schengen border-free accords and the "re-emergence of frontiers and barriers" that are incompatible with the "European project".