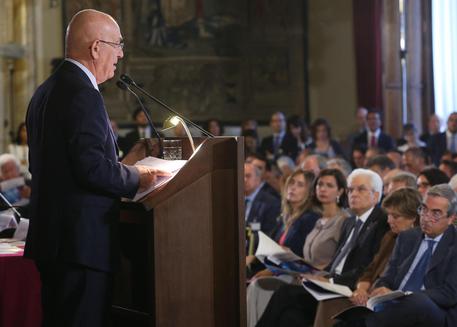 (ANSA) - Rome, June 23 - The government's controversial Jobs Act labour reform must not allow "unjustified and invasive forms of control" of workers, the head of Italy's privacy watchdog, Antonello Soro, said Tuesday. "The closer monitoring of systems and resources must not translate into undue profiling of the workforce," Soro said in his annual report to parliament. "It is increasingly necessary to reconcile companies' demands for efficiency with the protection of rights," he added.
Controversy was triggered last week by changes to labour laws for remote employees - those who work outside of a conventional office - connected with the government's Jobs Act .
Under this, there is no requirement for union agreement or ministerial approvals, if controls over those workers increase through their use of their employers' computers and telephones from remote work sites.
On Tuesday Lower House Speaker Laura Boldrini said she hoped parliamentary debate of the measure would bring "clarity to the doubts that have emerged in recent days".