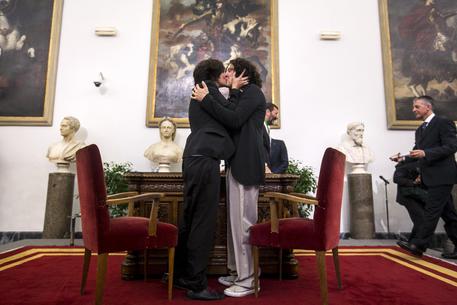 (ANSA) - Rome, June 10 - Italy's Lower House on Wednesday approved a motion on same-sex civil unions promoted by the Democratic Party (PD).
It was the first such motion from any party to gain the approval of MPs in the Lower House after several other motions were rejected.
The motion commits the government "to promote the adoption of a law on civil unions, particularly with regard to the condition of the people of same sex".
It also commits the government "to ensure equal treatment throughout the nation" of civil unions. Premier Matteo Renzi and Justice Minister Andrea Orlando have both said recently that Italy needs a civil unions law.
The government rejects the notion that "extending rights to same-sex (couples) could undermine the traditional family", Orlando said.
The proposed civil union is similar to one recognised in Germany.