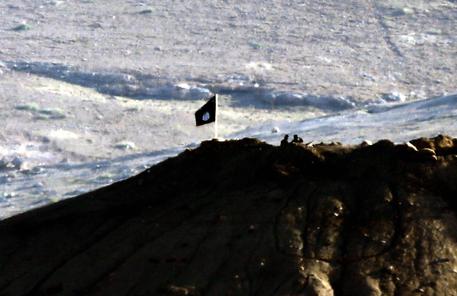 (ANSA) - Riga, May 22 - Foreign Minister Paolo Gentiloni admitted Friday that the Italian government was worried about the recent advances made by the ISIS Islamist militant group in Syria and Iraq. "The Italian government is not just worried about Syria, but also about the perhaps even more threatening situation in Iraq," Gentiloni said. The minister added that the anti-ISIS coalition will meet soon in Paris to discuss strategy. ISIS, which has destroyed a series of ancient monuments, this week took control of the Palmyra archaeological site and is estimated to control about half of Syria. In Iraq, the jihadist group recently captured Ramadi and has vowed to "liberate" Baghdad and Karbala.
"In a few days time there will be a meeting of the heads of the anti-Daesh (ISIS) coalition in Paris and it will be fundamentally important to verify the strategy that we go ahead with," Gentiloni said.

The new issue of ISIS propaganda magazine 'Dabiq' contains an article allegedly penned by British kidnapped reporter John Cantlie according to which the Islamic State has every intention of striking the US, at home and on a grand scale, either with a nuclear device or with several tons of explosive. Cantlie first refers to the possibility of an attack with a nuclear bomb 'imported' from Pakistan to the US but later he calls the scenario "unplausible" and envisages the possibility of IS striking with "several tons of explosive". According to the article, the Islamic State's onslaught against America will ridicule "the attacks of the past". Cantlie calls the possibility of carrying out an attack through a nuclear device "imported" into the USA from Pakistan through Libya, Nigeria, South America and finally Mexico by "exploiting the drug-trade and human trafficking network unlikely", and later talks about "several tons of explosive". The Isis publication first features a celebration of the Texas attackers who tried to storm an event dedicated to a cartoon-contest depicting prophet Muhammad in May. In the aftermath of the attack, Isis threatened the USA: "What's coming is much more bitter and painful". Dabiq also features a number of articles against countries which are part of the US-led coalition. American secretary of state John Kerry is on the front cover together with Washigton's Arab allies. Other pieces target the Syrian national coalition, the anti-Assad platform supported by many Western and Arab countries. For the first time since its publication, 'Dabiq' also contains many 'advertisements' relating to compilations and 'top tens' of videos released by the group's media branch