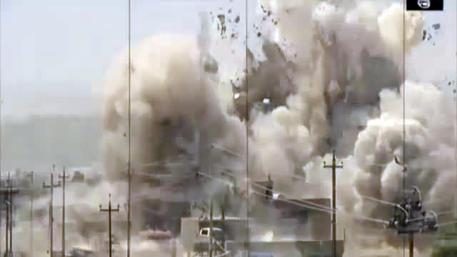 (ANSA) - Cairo, May 12 - Terrorists belonging to Islamic State (ISIS) will be coming to Italy "in the coming weeks" hidden among migrants on boats, Omar al Gawari, information minister in Libya's Tobruk government, told ANSA Tuesday. Reports in recent months have also warned that ISIS terrorists are moving into Italy as well as threatening to attack the Vatican.
"In the coming weeks, Italy will experience the arrival not only of poor African immigrants but also of boats carrying Daesh (Isis)," said the minister.
He said that Malta will also be affected.
Both countries have received tens of thousands of migrants mostly arriving by sea on rickety vessels.
Libya has become a major jumping off point for these vessels, many operated by human traffickers given free rein because of chaos in Libya.
The European Union is seeking a United Nations mandate to use military action to stop or destroy human smugglers' boats in Libyan waters - something the North African country criticized this week.