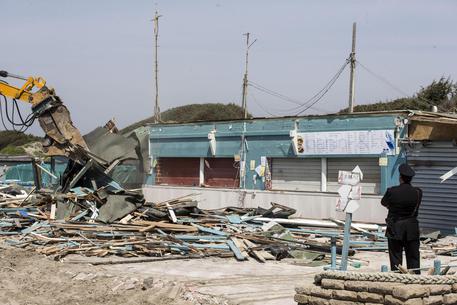 (ANSA) - Rome, May 4 - Europe's main criminal gangs generate 110 billion euros a year in turnover from their illicit activities, a study on organized crime produced for the European Commission showed Monday.
This is equal to 1% of European Union GDP, according to the the study by Michele Riccardi and Ernesto Savona at the Joint Research Center on Transnational Crime (Transcrime) titled Organized Crime Portfolio.
The report focusing on Britain, Finland, France, Holland, Ireland, Italy, and Spain showed the Italian mob - in its regional variations as the Neapolitan Camorra, the Sicilian Mafia, and the 'Ndrangheta in Puglia - is in the forefront in terms of volume of illicit profits, which it then launders and funnels into the legal economy. Counterfeiting was the biggest illicit moneymaker at 42.7 billion euros a year, followed by fraud with 29 billion euros a year and the drug trade, generating 28 billion euros a year.
The illicit gains are traditionally laundered via investments in bars and restaurants, hotels, real estate and construction, food and clothing retail, and transportation.
Emerging money-laundering sectors are renewable energy, waste management, the money transfer business, slot machines, and gaming, according to the report.
Criminal investments tend to be concentrated in areas that are strategic (such as Andalusia in Spain), have ports and airports (such as Amsterdam and Rotterdam) or with a high organized crime presence - in Italy, that means the south, Lazio, and north-western regions with Lombardy in the lead.
There is evidence of Italian mob investments throughout Europe, mostly in the construction, real estate, restaurant, and food wholesale and retail sectors, the report said.