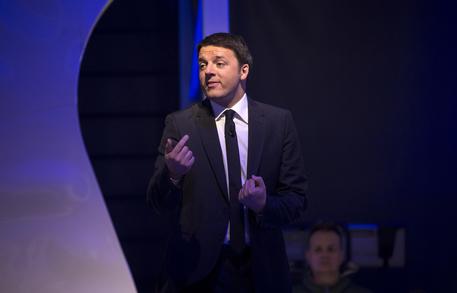 (ANSA) - Rome, February 20 - Italian Premier Matteo Renzi hailed the impending enactment of his controversial Jobs Act labour reform on Friday, tweeting, "Today is the day awaited for years. The Jobs Act scraps the various co.co.co. and co.co.pro.
contracts and strips privilege from the usual suspects #thisisit".
The Jobs Act bill has been approved by parliament and on Friday the cabinet will launch the final enabling decrees, also subject to parliamentary approval, to enact it.
Renzi's labour reform abolishes the temporary and project-based contracts mentioned in his tweet, which were viewed as vehicles for employers to take advantage of keeping workers in a precarious state of employment.
It also changes Article 18 of the 1970 Workers' Statute so that most unfair dismissals will now be settled by compensation rather than court-ordered reinstatement - a move hailed by the national and international business communities as a way of creating jobs amid chronic unemployment.
The 'contratto a progetto' or 'contratto di collaborazione a progetto' (co.co.pro.) was introduced in 2003 as a successor to the 'contratto di collaborazione coordinata e continuativa' (co.co.co.), introduced in 1997.
Both forms of temporary contract have been widely used in Italy along with so-called 'false VAT' contracts that enable employers to keep staff on a casual standing.
Renzi's government's Jobs Act replaces this plethora of temp contracts with a uniform contract that gives rising safeguards over three years leading to permanent hires.
New staff are effectively on probation during those three years, when they can be dismissed just as co.co.co's and co.co-pros were often terminated.
The change to Article 18 has been hotly opposed by leftwing unions and parties plus the left wing of Renzi's Democratic Party.