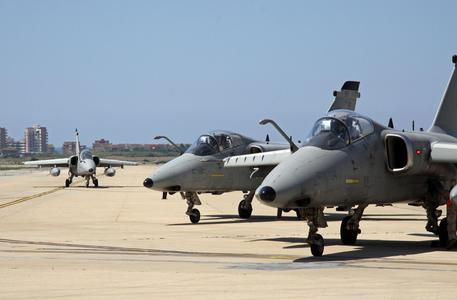 (ANSA) - Tel Aviv, February 17 - A senior member of Palestinian Islamic group Hamas, Salah Bardawil, on Tuesday warned Italy not to embark on a military intervention in Libya, saying this would be considered "a new Crusade against Arab countries and Muslims". Last week Foreign Minister Paolo Gentiloni said that Italy was ready to participate in a United Nations-mandated operation in Libya, amid concerns about advances made by jihadists linking themselves to the ISIS Islamist group. But on Monday Premier Matteo Renzi ruled out an Italian operation in Libya for the time being and called for calm after the beheading of a group of Egyptian Copts in Libya on Sunday and threats that ISIS was now "south of Rome".
In response to the tensions, Italy closed its embassy in Libya and brought back about 60 Italians early Monday.
Bardawil was quoted by the Palinfo agency as warned "some countries, such as Italy" against using the "excuse of fighting terrorism" to meddle in Libya.