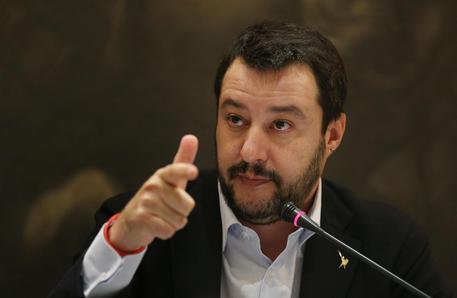 (ANSA) - Milan, January 8 - The pope should not call for interfaith dialogue with Islam, Northern League chief Matteo Salvini said Thursday. He is "doing a disservice" to Catholics, the leader of the anti-euro, anti-immigrant and separatist party said the day after a suspected Islamist commando stormed the Paris offices of Charlie Hebdo satirical weekly, gunning down 12 people including four of France's top cartoonists and two policemen.
"Peace is all right," Salvini said. "But as spokesman of all Catholics, you should be concerned about those who are slaughtering you all over the world".
"There are two million practicing Muslims in Italy," Salvini told party broadcaster Radio Padania Libera. "Let's see how many of them come out to rally" against violence. "Islam is a problem," Salvini went on. "They are killing and cutting throats in the name of Allah. They may be a minority, but they are trying to impose a way of life that is incompatible with ours".
Premier Matteo Renzi and Interior Minister Angelino Alfano must not underestimate the danger, he said.
"Right now parliament is working on electoral law and Constitutional reform," Salvini said.
"They're living on Mars".
Alfano dismissed Salvini's rhetoric as "barroom talk".
"I have no intention of answering him," the interior minister said.
"I have work to do".