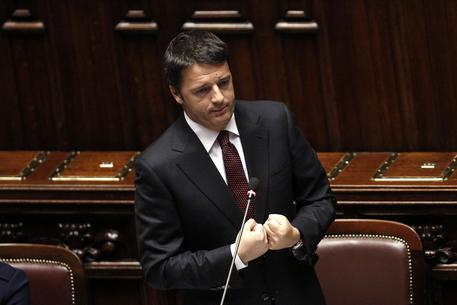 (ANSA) - Rome, October 22 - Premier Matteo Renzi on Wednesday downplayed reports that the European Commission will find fault with his 2015 budget.
Italy can be confident it has met its fiscal commitments and has made credible efforts towards reform in meetings later this week with other European Union leaders, the premier told MPs.
Italy has chafed at EU limits on deficit-to-GDP ratios but has presented a budget with a ratio of less than 3%, he said.
Renzi also played down the importance of a letter that the EC is reportedly set to send his government, asking for clarification on aspects of his government's 2015 budget plan.
"Verification is natural once you send your budget in," Renzi told the Lower House. "It doesn't mean we flunked".
The letter will alert Rome about the danger of breaking the EU's financial rules, ANSA sources in Brussels said. It will ask for clarification about the size of the planned reduction in the structural deficit for next year, which Renzi's government has said will be 0.1% of GDP. According to some reports, the EC wants a much bigger reduction in the structural deficit - which, unlike the nominal budget deficit figure, is adjusted for the business cycle - of around 0.5% of GDP in order to make inroads into Italy's massive public debt.
But the letter will also ask about the financial coverage for measures in the budget, which features 18 billion euros in tax cuts and 15 billion in spending reductions, and about structural economic reforms, the sources said. The EC will also sent letters to four other countries, including France, according to the sources. Renzi went on to say that the EU had to be less strict in applying budget rules to make room for growth-boosting measures.
"At the last EU Council the word growth returned for the first time after a long debate with the Dutch and the other architects of rigour," Renzi told the Senate ahead of this week's EU summit.
"A debate on how Europe must try to emerge from the tight margins of rigour to impose a strategy (of growth) cannot be delayed". However the EU is not a wicked stepmother, Renzi told the Lower House. "We must leave that philosophy behind...because it would spark suspicion and we would always be looking for potential risk and danger," the premier said.
On the contrary, Italy is glad the EU has, in Rome's eyes, shifted its focus from austerity to investments. "We are satisfied...that the tools for growth Italy proposed will be debated and are included in the final (European Council) document," Renzi told MPs.
However, Italy and the EU are "still suffering the consequences of a political line that in the last few years has privileged rigour and austerity over growth," the premier said.