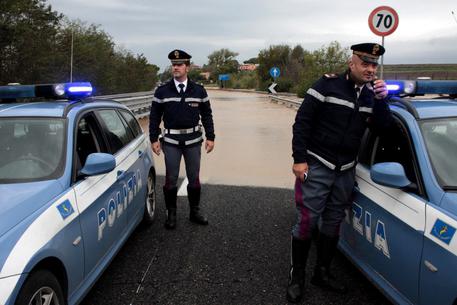 (ANSA) - Milan, April 2 - Italian police on Wednesday arrested 10 people and seized millions of euros worth of assets in the northern Italian region of Lombardy in a sting against the powerful 'Ndrangheta mafia, which is based in the southern region of Calabria.
Mario Colo Trovato, the brother of convicted crime boss Franco Coco Trovato, who is currently serving a life sentence, was among those arrested. Police also stopped Marco Rusconi, the mayor of Valmadrera - a town next to Lecco on the southeastern finger of Lake Como - as well as a Lecco city councillor, Franco Palermo.
Millions of euros of assets connected to the suspects were also confiscated in the Milan-based DDA anti-mafia police investigation.
In a separate anti-'Ndrangheta operation, the Anti-mafia Investigative Directorate (DIA) in Florence seized residences, land, company stakes and bank accounts worth four million euros from a Calabrian businessman on Wednesday. The Reggio Calabria court ordered the confiscation of assets belonging to Sante Pisani, 65, an entrepreneur from a town near the Calabrian port Gioia Tauro. Pisani moved with his family for two decades, from the early 1990s to 2012, to a town 20 km northwest of Florence before returning to his hometown in Calabria.
DIA investigators say Pisani acted as the financial pointman for members of Calabrian organized crime, including some of the most dangerous leaders of 'Ndrangheta mafia, like the Pesce and Bellocco di Rosarno families.
Pisani is believed to have developed a criminal "specialization" in defrauding the European Union of large sums of public contributions for companies and agricultural cooperatives in Calabria. The businessman is accused of obtaining the grants through false documentation and collusion with regional government employees. The police seizures also involve Pisani's son, Vittorio, a lawyer recently arrested in a separate operation against the 'Ndrangheta mafia.
The 'Ndrangheta has replaced Sicily's Cosa Nostra as Italy's richest and most powerful mafia, thanks to its domination of the European cocaine trade.
It has invested its drug profits in the legitimate economy of central and northern Italy.