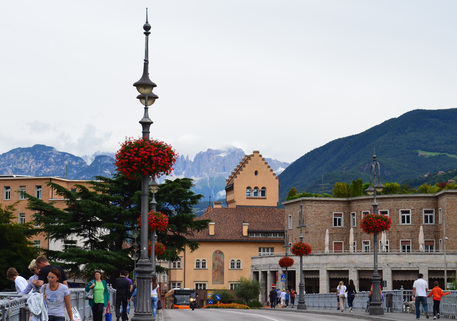 (ANSA) - Rome, December 21 - Bolzano is the Italian province that offers the best quality of life to its residents and Reggio Calabria the province where people live worst, according to the 26th edition of Il Sole 24 Ore's life-quality index published Monday. The autonomous province in the northern South Tyrol region came top for the fifth time in 26 years.
It was followed by Milan in second place and Trento - the other autonomous province making up South Tyrol - in third.
Rome dropped four places from last year to 16th in the annual the ranking by the financial daily.
The index takes account of 36 indicators reflecting public services, health and the environment, demographics, free time, law and order, standard of living and business and employment to measure a province's quality of life.
This year 110 provinces including Barletta, Andria, Trani (BAT), Fermo and Monza Brianza were considered. The lower part of the ranking was occupied largely by provinces in the south, with Calabria's Vibo Valentia in second-to-last place and Messina in Sicily at 104th. The success of Bolzano rested on a number of factors including a 71% employment rate (compared to the average of 56%) and the percentage of bad loans to total loans of just 5.7% (less than a third of the average value).
Population indicators including the old age index and life expectancy and free time indicators including attendance at live shows, sport and spending by foreign tourists also gave good results.
At the opposite extreme, Reggio Calabria performed worst as regards standard of living, business and employment and public services, health and the environment, with 36% of jobs deemed at risk, average family wealth of 193,000 euros compared to the national average of 345,000 euros, an exports-to-GDP ratio of less than 2%, kindergarten places for less than 2% of the user basin and a poor vote from environmental watchdog Legambiente. The Sole 24 Ore study also provided separate rankings for each of the macro areas taken into account. Milan came top for standard of living, Prato in Tuscany for business and employment, Monza and Brianza in Lombardy for public services, health and the environment, Olbia Tempio in Sardinia for demographics, Nuoro also in Sardinia for law and order and Rimini in Marche for free time.
Milan rose from eighth place in 2014 to second place this year thanks to wealth indicators (pensions, GDP), public services and leisure opportunities.
However, like all provinces hosting major cities or attracting large numbers of tourists, it fared worse on security.
With the exception of Olbia-Tempio, all the provinces in the top 10 were in the centre or north, especially Lombardy and Tuscany.
Florence rose from 16th place in 2014 to fourth place this year, while Siena was stable at ninth place. The full results of the survey are available at www.ilsole24ore.com/qvita2015.