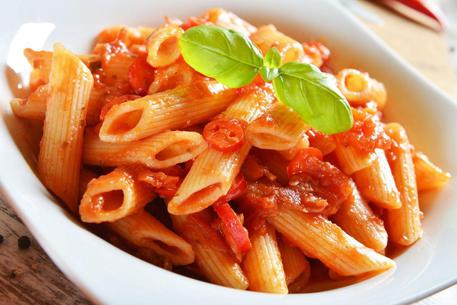 (ANSA) - Rome, October 25 - Pasta is the global star on Thursday in Dubai with the 20th annual World Pasta Day, organised by the International Pasta Organisation (IPO) and promoted by the Italian Association of Confectionery and Pasta Industries (AIDEPI).
This year's event highlights a growing positive trend in pasta exports, with an Italian pasta brand making up one in four pasta choices in 200 countries worldwide.
In the world's top four destination countries for pasta exports - Germany, the UK, France, and the US - average growth in pasta exports was 8% in the first seven months of this year.
As a pasta export destination, Russia experienced a huge jump, up a full 72.5% for a total of 20,000 tons, nearly the entire total for 2017 exports, which was 23,000 tons.
The Kremlin announced that during meetings between Russian President Vladimir Putin and Italian Premier Giuseppe Conte a number of commercial contracts were signed.
Barilla has also decided to open a pasta production plant in the region of Moscow.
AIDEPI secretary general Luigi Cristiano Laurenza said the key to success in an increasingly competitive marketplace is to focus on quality and innovation.
In this light, growth of speciality pastas such as organic, gluten-free, kamut, farro or with special grains is up 12%, with growth of whole wheat pasta expected to reach 18% in Italy.
AIDEPI said Italy is the world leader in pasta consumption, with 23 kg consumed per capita each year.
It said 99% of the Italian population eats pasta on average about five times a week.
In terms of health, endocrinologist and nutritionist Serena Missori said those who are watching their diet can make a lighter pasta meal by sauteeing their pasta with a spoonful of extra-virgin olive oil; garlic, which helps fight fat deposits; and chilli pepper, which helps speed up the metabolism.
Multinational Syngenta said the ideal pasta portion is 80 grams, and that quality pasta, when raw, should have a golden yellow colour that recalls the colour of grain.
In Milan, Barilla is sponsoring the Pasta World Championship, a competition between 18 chefs paying tribute to the healthy staple of the Mediterranean diet.